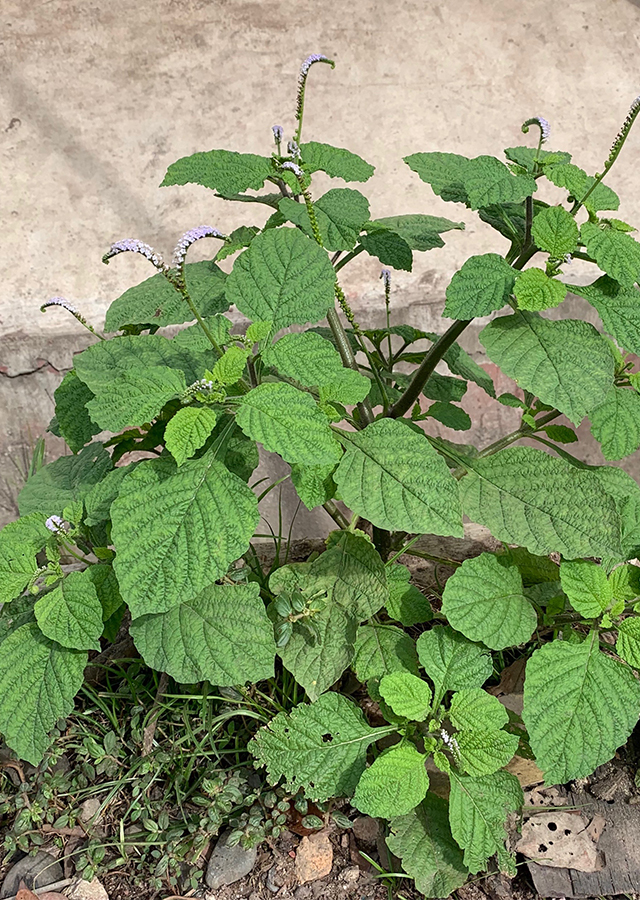 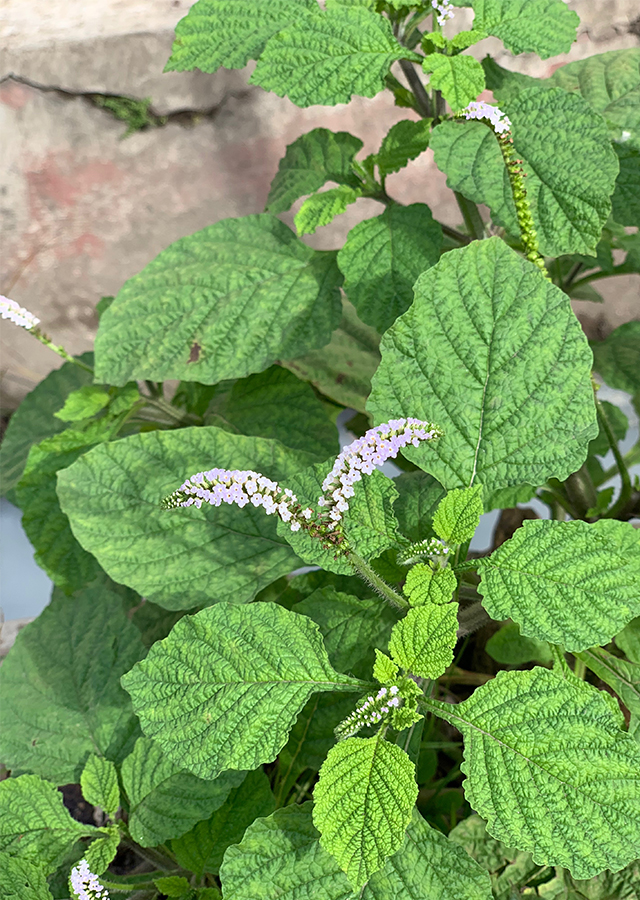 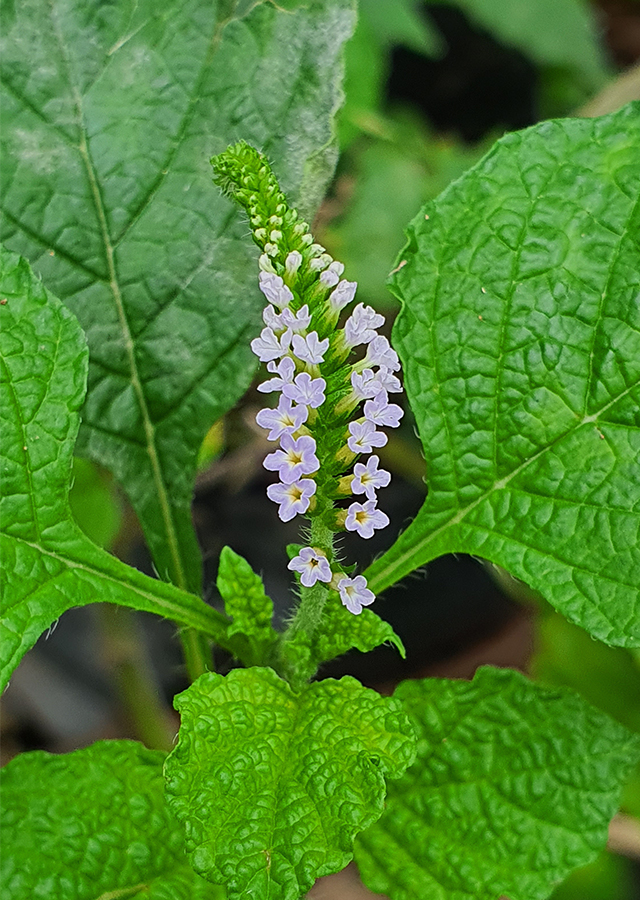 Heliotropium indicum is native to Asia and invasive in parts of the United States. Its distribution just barely includes New England, collections having been made only in Massachusetts. This plant has a phenomenally wide invasive range, being found throughout the tropical and subtropical regions of the world as well as in many temperate areas. The plant is often harvested from the wild and used locally for its medicinal virtues.

The plant occurs in sunny localities, on waste land, in periodically desiccating pools and ditches and anthropogenic habitats, at elevations generally below 800 m. It is widely considered a weed of fields and pastures.

This plant is propagated by seeds (generative propagation), and can flower all year round. 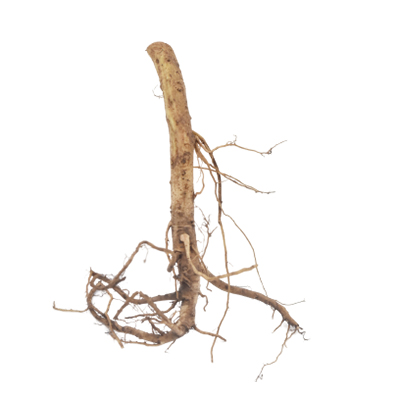 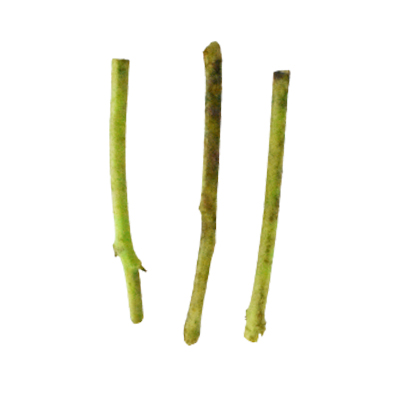 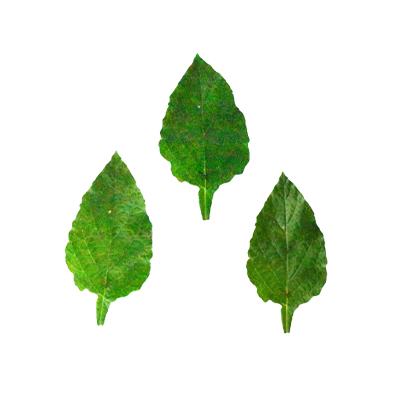 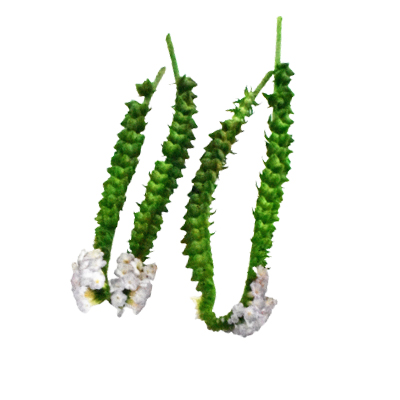